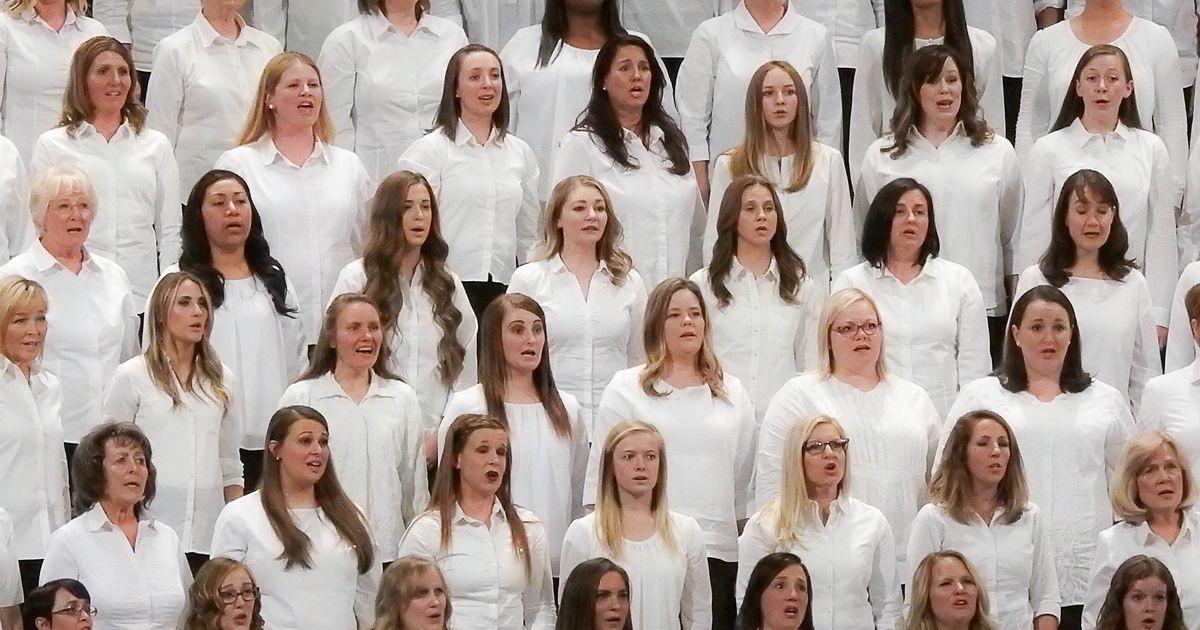 The Mormon Land newsletter is a weekly highlight reel of developments in and about The Church of Jesus Christ of Latter-day Saints, whether heralded in headlines, preached from the pulpit or buzzed about on the back benches. Want this free newsletter in your inbox? Subscribe here.

A recent Wheat & Tares blog examined a church survey — a process the faith regularly follows to gather input from rank-and-file Latter-day Saints — on women’s concerns and issues that can lead to member disaffection.

While the blogger, Hawkgrrrl, explored the wording, makeup and possible motives behind the questions, the range of topics is interesting in its own right.

For instance, the survey asked respondents if they:

• Believe the popularly dubbed family proclamation has been helpful in their lives.

• Believe women should be ordained to the priesthood and whether the current prohibition on female ordination is the product of church policy or doctrine.

• Are comfortable with the amount of information available about Mother in Heaven.

• Are satisfied with the number of female speakers in General Conference.

• Are troubled by some church history, doctrines or practices.

• Are comfortable not knowing what happens after this life if a man is sealed for eternity in the temple to more than one woman.

• Are satisfied with church policies regarding LGBTQ members.

“As with all church surveys, these results will not be made public, so the use is strictly to inform leadership of issues members care about,” the Wheat & Tares blog states. “It’s up to the leaders to decide what to do with that feedback, if anything.”

After Trump and COVID

(The Church of Jesus Christ of Latter-day Saints) Dallin H. Oaks, first counselor in the church’s First Presidency, receives the first dose of a COVID-19 vaccine on Tuesday, Jan. 19, 2021, in Salt Lake City.

In a report card of sorts, Times and Seasons blogger Jonathan Green gives the church a passing grade after the “damage left by Donald Trump and COVID-19.”

• Of the former president, whom he labeled a “national disaster,” Green notes that “our church leaders did not go all-in for Trump. General authorities didn’t anoint him God’s chosen leader from the pulpit, either literally or figuratively. Church leadership maintained an arm’s-length distance and even issued a few statements opposed to various administration actions when necessary.”

• On the coronavirus, Green writes that “the church responded quickly and decisively….. Not perfectly, but no one responds perfectly to a pandemic. The church largely aligned itself with the [Centers for Disease Control and Prevention] on public health measures and vaccination. … It turns out that fighting a pandemic is really hard and requires choosing (and, at first, guessing) correctly for a long time, and eventually everybody blows it somehow. (If you missed your chance, there’s still time to muck it all up even now.)”

Green also lauds Latter-day Saint leaders for not biting on the divisive debate about critical race theory and instead enhancing their partnership with the NAACP.

“That will not erase the issue of race or reset the balance of history,” he adds, “but I’d much rather have the church exploring possibilities for racial reconciliation than trying to combat a diverse set of academic critiques of race and power in history.”

This week’s podcast: NAACP leader speaks about the church partnership

(Trent Nelson | The Salt Lake Tribune) Derrick Johnson, president and CEO of the NAACP, during the announcement of new joint initiatives with the church in Salt Lake City on Monday, June 14, 2021.

In an unexpected and bold move, President Russell M. Nelson announced a partnership with the NAACP in 2018 — just days before the church celebrated the 40th anniversary of the end of its centurylong priesthood and temple ban on Black members.

On this week’s show, NAACP President Derrick Johnson talks about this evolving relationship, how it began, why it is important and where it is headed.

(The Church of Jesus Christ of Latter-day Saints)
Elders Quentin L. Cook, left, David A. Bednar and Dieter F. Uchtdorf of the Quorum of the Twelve Apostles, and President Bonnie H. Cordon, head of the Young Women organization, join with other church leaders and youths in a worldwide broadcast on Saturday, June 26, 2021. 2021.

Instead of preaching, proselytizing and, sometimes, pleading, they suggest interacting in ways that are more conducive and less contrived when talking with friends, colleagues, acquaintances and even strangers about the church.

“We simply include others in the good things we are already doing. This kind of invitation is not intimidating or creating fear. It is inspired by love and care for the other people,” apostle Dieter F. Uchtdorf said during a global “Love, Share, Invite” broadcast Saturday. “… Love ought to be the foundation and motivation for everything we do.”

Joining the popular German apostle on the broadcast were fellow apostles David A. Bednar and Quentin L. Cook along with general Young Women President Bonnie H. Cordon and a variety of virtual participants.

“These are simply inspired, timeless principles that can be applied in authentic ways as we simply live our lives,” Greg Droubay, a mission president in Richmond, Va., said in a video message.

(The Church of Jesus Christ of Latter-day Saints)
Apostle Quentin L. Cook and his wife, Mary, stand outside the Basilica of the Sacred Heart at the University of Notre Dame on June 28, 2021.

Constitutionally protected faith freedoms need not undermine the rights of minority groups, a Latter-day Saint apostle argued this week, pointing to the pivotal role religion played in the battle against racism.

The Constitution and advocacy for “strong, peaceful efforts to overcome racial and social injustice are not opposites,” Cook said Monday in a speech at the University of Notre Dame’s inaugural Religious Liberty Summit. “Eliminating racism at all levels needs to be accomplished. And, historically, religious conviction has been one of the great forces in accomplishing that goal.”

This week’s forum on the nation’s best-known Catholic campus featured a who’s who of interfaith speakers, including Cook; Cardinal Timothy Dolan, archbishop of New York; Jacqueline Rivers, a Pentecostal and the director of the Seymour Institute for Black Church and Policy Studies; and Rabbi Meir Soloveichik of Congregation Shearith Israel in New York.

“My plea today is that all religions work together to defend faith and religious freedom in a manner that protects people of diverse faith as well as those of no faith,” Cook said, according to a news release. “Catholics, evangelicals, Jews, Muslims, Latter-day Saints and [people of] other faiths must be part of a coalition of faiths that succor, act as a sanctuary and promulgate religious freedom across the world. We must not only protect our ability to profess our own religion, but also protect the right of each religion to administer its own doctrines and laws.”

Forty-nine years ago this week, Joseph Fielding Smith, the church’s 10th president, died at his Salt Lake City home on July 2, 1972. He was 95.

A son of the faith’s sixth president, Joseph F. Smith, and a grandnephew of church founder Joseph Smith, he became a prolific writer, penning numerous books and articles about the church’s history and doctrine.

A son-in-law, Bruce R. McConkie, followed in Smith’s footsteps. He, too, became an apostle, and wrote a number of volumes about Jesus Christ and the scriptures, including a popular but polarizing bestseller, the now-out-of-print “Mormon Doctrine.”

Also from The Salt Lake Tribune

• “Under the Banner of Heaven,” Jon Krakauer’s chilling 2003 dive into the world of Mormon fundamentalism, soon will be streamed over FX on Hulu.

The multipart, limited series will return viewers to one of Utah’s most sensational and infamous crimes — the brutal 1984 murders of Brenda Lafferty and her baby daughter — after two brothers-in-law (Ron and Dan Lafferty) descended into a delusional and deadly form of religious zealotry.

Oscar winner Dustin Lance Black (“Milk”), who grew up in a Latter-day Saint home, is adapting the book for the show. It will star Andrew Garfield and British actress Daisy Edgar-Jones.

“My hope,” Black said, “is that this true-crime thriller might shed light on the horrific brutalities perpetrated in the name of God in our own backyards.”

Read The Tribune story here about this highly anticipated series.

The underground Prodigal Press has written about LGBTQ issues, racism, feminism and other topics from a perspective that may go untouched in The Daily Universe.

“We’re not being critical. We’re just being honest,” Isabella Olson, a sophomore who does social media for Prodigal Press, told The Tribune. “And I think it’s very important, especially at a school like BYU, where I would go as far to say things are censored, to have an independent voice.”

Read more here about this new media voice, which bills itself “not quite holy, not quite heretical.”

• “American Idol” alum David Archuleta, a devout Latter-day Saint who took a break from his singing career to serve a mission in Chile, says he felt so much guilt and shame about his attractions to other men that he tried to pray away the gay.

“I was praying, like, ‘God, you can do all the things. You are a God of miracles,’” Archuleta told ABC’s “Nightline.” “‘And I know you’ve allowed the blind to see and .. the dead to rise again.’ And I thought, you know, if I do everything I’m supposed to, maybe he can change me as well.”

Archuleta, who recently came out to the world as a member of the LGBTQ community, said he is “some form of being bisexual because … I’m still attracted to both,” adding that he’s “starting to just accept and say — that’s just how it is.”

• James Huntsman’s headline-grabbing lawsuit accusing the church of fraud and seeking to recover at least $5 million in personal tithing will live on — at least for another two months.

That’s when a federal judge could decide to toss out the case, but not before the 50-year-old Huntsman, brother of former Utah Gov. Jon Huntsman Jr., is deposed under oath and has the chance to provide documentation of his charitable gifts.

On Monday in Los Angeles, U.S. District Court Judge Stephen V. Wilson ordered attorneys for both sides to prepare for an Aug. 30 summary judgment hearing at which he could opt to dismiss the lawsuit — as the church has requested — or allow it to proceed.

Read more about the hearing here and why the case may have been filed in California here.

Bishops, mission presidents and other congregational leaders now can perform such ceremonies only if “the bride or the groom” is a Latter-day Saint.

Church policy previously allowed these lay leaders to do the honors for nonmembers.

Read more about the change here.

(The Church of Jesus Christ of Latter-day Saints)
The renovated Mesa Arizona Temple in April 2021. It will be rededicated Dec. 12.

After more than three years undergoing a major makeover, Arizona’s Mesa Temple will open its doors to the public from Oct. 16 to Nov. 20, the church announced, followed by a Dec. 12 rededication led by President Dallin H. Oaks, first counselor in the governing First Presidency. A new visitors’ center will be unveiled Aug. 12.

The church also led a massive mixed-use redevelopment of the surrounding area, bringing shops, apartments and town homes to a downtown in need of an economic boost.

• Latter-day Saints in the Treasure State moved closer Saturday to obtaining another treasure: a second temple.

A ceremonial groundbreaking launched construction of the Helena Temple. The center-spired, one-story, 10,000-square-foot building, along with the existing Billings Temple, will serve Montana’s 50,000-plus members.

Quote of the week

“Love doesn’t have a timetable or an expiration date. When our sharing and inviting are motivated by love, we don’t get impatient. We keep trying, and we trust the Lord.”

— Apostle David A. Bednar, in the “Love, Share, Invite” broadcast.

Judge Wonders How So Many ‘Law-Abiding’ Americans ‘Morphed Into Terrorists’ On Jan. 6