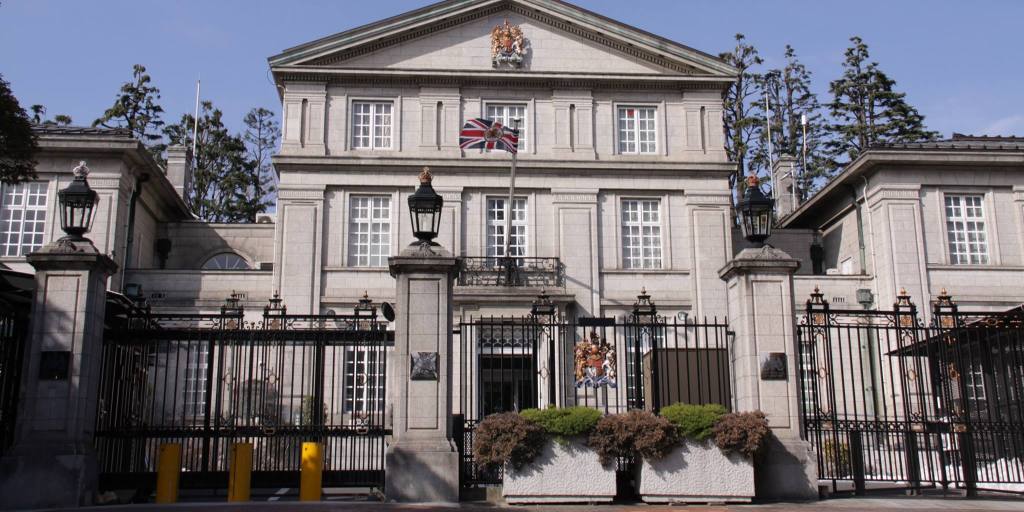 The two sides have entered negotiations after a round of bidding that started with about five major real estate companies. At stake is a portion of roughly 28,000 sq. meters held by the embassy in central Tokyo’s Chiyoda ward, a stone’s throw from the Imperial Palace.

The proceeds of the sale will go toward making the embassy more modern and sustainable, including by installing solar panels and improving energy efficiency, the U.K.’s Foreign, Commonwealth and Development Office said. Part of the sale also will be used to upgrade Britain’s diplomatic estates in New Delhi and elsewhere.

“It has not been decided which parts will be transferred or for how much,” a Mitsubishi Estate executive said.

The embassy and the Tokyo-based developer intend to finalize details such as the precise size and location of the land. Mitsubishi Estate plans to determine at the same time how the property will be used.

One candidate for a redevelopment project would be high-end condos. The site’s location means a large unit likely would go for tens of millions of dollars.

A unit in a luxury condo development built by rival Mitsui Fudosan in neighboring Minato ward is said to sell for up to 5.5 billion yen, or $48 million. The asking price for Mitsubishi Estate’s project likely would be on par with that value.

The British Embassy sits on the site of a former estate of a daimyo, or feudal lord. Japan’s Meiji government first gave the 35,000-sq.-meter property to the British in 1872 on an open-ended lease.

In 2015, roughly 7,000 sq. meters was returned to the Japanese government. The plot will be converted into a park that opens next spring.

Prices of new condo units in the Japanese capital’s 23 wards averaged 80.41 million yen during the first half of the year, according to the Real Estate Economic Institute, based in Tokyo. Ultra-luxe condos in particular draw heavy demand among the wealthy at home and abroad due to their scarcity and value as assets. Competition is heating up among developers to acquire land for high-end properties.