Cohesion policy: MEPs and local leaders call for a greater deployment of the Recovery Plans in EU regions and for a swift delivery of partnership agreements 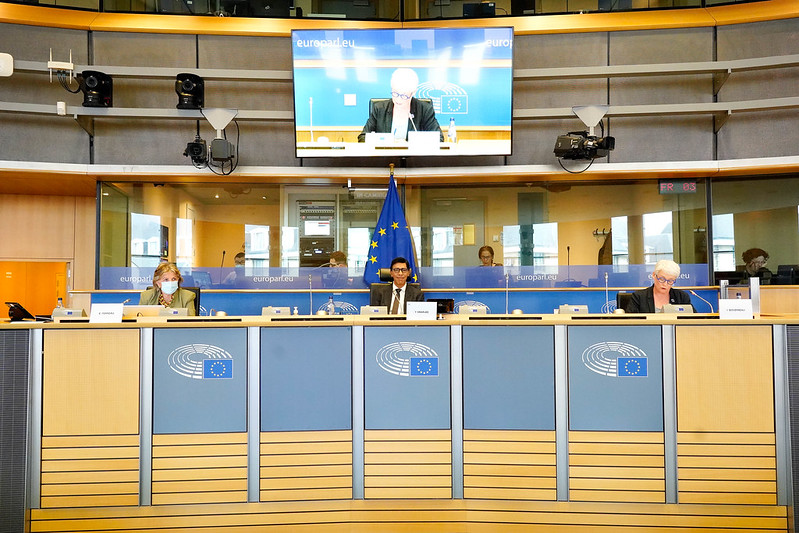 Members of the European Parliament and the European
Committee of the Regions (CoR) discussed with
Commissioner for Cohesion and Reforms Elisa
Ferreira the new programming period 2021-27 and the
territorial aspects of the Recovery and Resilience
Facility (RRF). They asked the European Commission
to ensure the full respect of the partnership
principle and the multilevel governance, and to
provide recommendations to Member States and
relevant managing authorities to improve
partnership processes. They also called on Member
States to guarantee a broader territorial
implementation of the RRF, and on the European
Commission to guarantee that the National Recovery
Plans will be built in full respect of


and prioritise less developed and transition
regions, as well as the Regions most impacted by
the socio-economic repercussions of the COVID-19
crisis.

With a volume of


, cohesion policy remains the main EU investment policy
to reduce disparities between EU regions, strengthening
the economic, social and territorial cohesion in the
Union. With the objective to focus at least 30% of the
EU funds on the fight against climate change, the new
generation of cohesion funds also became one of the
main investment tools of the Green Deal. Its
implementation is now more than ever awaited on the
ground to boost recovery and prepare all EU regions for
the new challenges and transitions ahead.


Due to the COVID-19 pandemic, the whole entry into
force of the new cohesion policy legislation, as well
as the submission of Partnership Agreements by Member
States to the European Commission, have been delayed.
The

governing the 2021-27 funds entered into force on 1
July 2021 and only the Partnership Agreement from
Greece has been adopted by the Commission so far.

During a joint meeting, members of the European
Parliament’s Committee for Regional Development (


) discussed the challenges of the new programming
period. They underlined

the importance of the principles of partnership and
multilevel governance and, at the same time, they
recalled the importance of maintaining the flexibility
measures introduced last year to mobilise EU structural
funds in the fight against COVID-19.


Moreover, they called on European and national
authorities to speed up the preparation of the new
investments programmes and to strengthen synergies
between the National Recovery and Resilience Plans and
the Cohesion policy, keeping in mind the necessity to
avoid overlaps and to guarantee that the objectives of
the national recovery plans do respect cohesion
principles as set up in article 174 and defined in the


REGI and COTER members shared their concerns and
priorities with Commissioner for Cohesion and Reforms Elisa Ferreira, who declared: “

Cohesion policy is more important than ever:
investing in a recovery for all regions, in a green
transition for all regions, in a digital transition
which leaves no one behind and avoids a new digital
divide is our mission for the next ten years. Let
us use responsibly and purposefully this
once-in-a-generation opportunity of exceptional
levels of cohesion funding and favourable public
perception, to create something which future
generations will be proud of

, Chair of the European Parliament’s REGI committee,
highlighted that “

the impact of the crisis is extremely high and EU
founds are now awaited on the ground to boost a
quick recovery. The short, middle and long term
priorities of cohesion policy remain the reduction
of social, economic and territorial gaps between EU
regions. This is a central pillar of the European
Union. The principles of cohesion policy that
governed our negotiations must now be respected in
the implementation of funds and programs as well as
in Member States’ recovery plans

, Chair of the CoR COTER commission and member of the
Regional Council of Nouvelle-Aquitaine, said: “

European regions and cities need the European Union
as much as the EU needs regions and cities to
succeed in the recovery and ecological transition.
The Union and its Member States must trust regional
and local authorities. We know our territories and
their needs. We are therefore best placed to
implement European priorities in different
territorial contexts. The re-nationalisation in the
preparation of the European Recovery Plan was a
mistake. Let’s not repeat the mistake again by
excluding regions and cities from its
implementation

meeting took place in the framework of the


The CoR assessed the
involvement of regional and local authorities in the
ongoing programming exercise for the 2021-2027 period,
and put forward its recommendations for enhancing their
engagement, through an opinion adopted on Tuesday 12
October by its Plenary. The final text will be
available


European Committee of the Regions