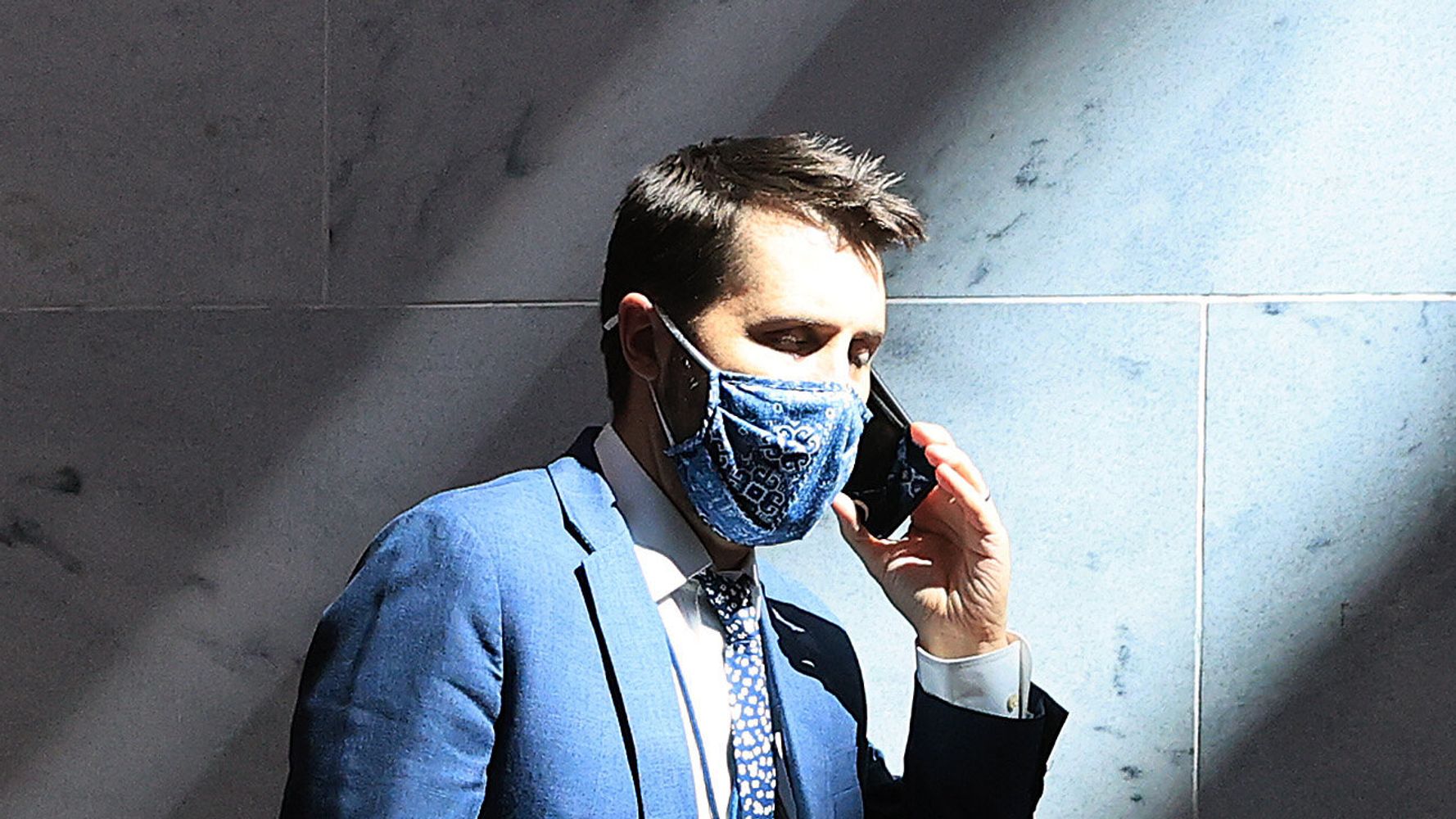 Democratic leaders floated the contours of a $2.5 trillion spending and tax cut reconciliation framework before senators left last week for a brief recess, in hopes that the whole caucus would go along with a slightly smaller price tag.

During a caucus meeting last Thursday with Senate Democrats, leadership pitched a top line of roughly $1.5 trillion in new spending on programs such as child care, housing, climate policies and Medicare expansions, according to presentation slides obtained by HuffPost and top Senate aides familiar with the presentation.

The bill would also provide around $1 trillion in “tax cuts for working families” — including an extension to the boosted child tax credit, Affordable Care Act premium subsidy credits and housing and clean energy tax credits. Overall, the bill’s price tag would be around $2.5 trillion.

Conservative Democrats continue to block the passage of President Joe Biden’s $3.5 trillion Build Back Better plan, a sweeping proposal that would invest heavily in climate policies, parental benefits, child care and universal pre-K, as well as housing and expansions of both Medicare and Medicaid.

The presentation offers a possible compromise top-line number that leaders, including Biden, have floated for weeks.

“This presentation was Leader Schumer informing Senate Democrats of what President Biden presented to the House Democrats the week prior,” Justin Goodman, a spokesperson for Senate Majority Leader Chuck Schumer (N.Y.), said.

But even $2.5 trillion is higher than what Sens. Joe Manchin (D-W.Va.) and Kyrsten Sinema (D-Ariz.), the Senate’s two most conservative Democrats, say they will support.

Manchin has floated a $1.5 trillion top-line spending number. Sinema refuses to disclose a top-line number to her Senate colleagues, but she’s reportedly comfortable with a figure under the $2 trillion mark.

“As with any bill of such historic proportions, not every member will get everything he or she wants,” Schumer said in a letter to the caucus on Thursday, while senators were in their home states. “I deeply appreciate the sacrifices made by each and every one of you.”

There’s hope among some Senate and administration staff that Manchin and Sinema will go along with $1.5 trillion in new spending on the reconciliation bill and exclude the revenue losses from tax cuts in their calculations of the overall price tag.

But Democrats are still skeptical that even this framework would be enough to get the two senators fully on board. Democrats need all 50 of their senators to agree on the reconciliation bill for it to pass. The proposal does not have any Republican support.

“Ever since Manchin and Sinema’s demands were a little more known, people were thinking, what are some gimmicky ways we can get $2.5 trillion while meeting their top line?” one Democratic aide familiar with the situation told HuffPost.

Both Sinema and Manchin have been in direct talks with the White House. Their offices did not return HuffPost’s requests for comment on this proposal.

Committee staff, originally expecting to be doing some heavy lifting over the weeklong recess to craft the reconciliation bill, were instead mostly idle, waiting for a directive from Senate leadership — and Manchin and Sinema — on what overall spending numbers they should work off of.

In recent days, congressional Democrats have been contemplating what to cut from Biden’s Build Back Better outline in order to shrink the top-line number to Sinema and Manchin’s liking. House Speaker Nancy Pelosi (Calif.) said Monday that Democrats will have to start making the “difficult decisions” of deciding which policies are worth investing more heavily in and which proposals might have to be cut all together.

But they haven’t pulled any triggers. Progressive lawmakers have made clear they aren’t supportive of cutting any major pillars of the agenda. Doing so risks losing the support of more lawmakers, who all want the issues most important to them included, from investments to affordable housing to home care for elderly Americans.

But even if Manchin and Sinema go along with some hand-wavy math to lower the perceived price tag of the bill’s spending, there’s still a question of what in the proposal needs to be “paid for.” The Democrats’ presentation said the “compromise framework would fully pay for the spending in the Build Back Better Act” through increased tax enforcement, international and domestic corporate tax reform, drug pricing reform and so forth.

While Manchin is open to the proposed revenue raisers, the senator said he not only wants the bill fully paid for, but he also wants to pay down some of the nation’s debt.

Meanwhile, Sinema doesn’t even support some of the party’s proposed ways of raising revenue — even those Manchin is fine with.

Drug pricing reform is one potentially major hurdle: The Arizona senator has reportedly aligned with pharmaceutical groups in opposing Democrats’ plan to allow Medicare to negotiate drug prices, a massively popular proposal that could stand to bring in hundreds of billions of dollars in revenue. Manchin is more open to such reforms.

Similarly, Manchin appears much closer to the rest of the Democratic Party when it comes to taxing corporations, while Sinema is opposed. Meanwhile, Manchin, who has close ties to the coal industry in West Virginia, is much more reluctant to address carbon pollution than Sinema is.

Democrats have set a deadline on reconciliation negotiations for the end of October, when House leaders said they would vote on the bipartisan infrastructure bill passed by the Senate.

But until Sinema and Manchin make clear what they will support, negotiations remain at a standstill.